Another great topic this week from The Broke and The Bookish, our Top Ten Character Names. For me the best names are the interesting ones that you don’t actually hear much anywhere else or are well picked out nicknames. Animal names you will all see are favourites of mine too.

What Are Your Favourite Character Names? 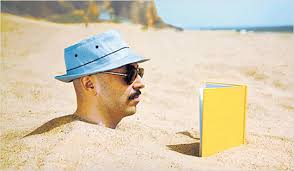 This year for this first time every I went for a purely relaxing holiday on a campsite in France. Of course I always takes books on holiday with me but this time reading was the planned activity for the fortnight. As I was away I didn’t want internet access so I couldn’t blog reviews as I went along  and now I’ve been back a bit too long so instead of individual reviews I’m going to do a group one.

I took 6 books with me and I really wanted to read the adult fiction ones as I often struggle to concentrate on them when I’m in my home surroundings. I was pleased that I did manage to get through 5 of them and to start the last one, although I’ve not read any more of it since, but more importantly that is a tiny dent in my massive to read pile.

The Handmaid’s Tale was given to me just days before I left for my holiday and I will admit that I did start it before I left. My friend had really liked it and I was interested in the idea of the story as it appears almost dystopian, but it didn’t really live up to my expectations. The book is about the future when woman no longer have the same rights as men and are now split into rolls to be of service to the society as a whole. The main character is a Handmaid, who’s purpose is to bare children to couples who are unable to have their own. The handmaid’s aren’t looked upon favourably by the other women in society, although I have to admit I didn’t quite understand why, I think they are given this role because of some previous indescresions but I didn’t find it was very clearly explained. Throughout the book the main character talks about her life now and her past in which she had a husband and daughter. This drives her to take part in illegal behaviour for her status but could help change her life for the better. I did appreciate the idea behind this book but  for me it just wasn’t an enjoyable read. I struggled with the way it was written and the lack of punctuation making it hard to build a picture up of the society. Lots of people have praised this books and I am sure for many people it would be a great read but it a book that wants patience and thought and for a summer read it wasn’t quite light enough for me.

Chocolat in contrast to my first books of the holiday was a lot more what I would want from a summer read. The plot wasn’t challenging and the writing was flowing. The book hasn’t been on my to read pile to long as I only recently found out that it was a book. Of course this means that I have seen the film first but that didn’t effect my enjoyment of the book at all. As you might expect the story line in the book does play out differently from that of the film and for me the main difference was the character of the mayor. In the books he is a the Father of the church and he gets his say through chapters int he book from his point of view. For me his character is a lot more vurlnrable from the beginning in the book because we are seeing part of his history from his point of view and we get to experience his struggle with the desires around him. I also found that the book allowed me to appreciate a lot more of the issues that are addressed than the movie did. All of the characters are dealing with different struggles from learning to to let go and move on to dealing with abuse and death but the story also shows us the power of a community in dealing with these issues to help everyone with a little help from good old chocolate. This for me was the perfect summer read. It had a balance of being light and easy to read but still with an interesting plot and having seen the movie first who doesn’t enjoy picturing Johnny Depp while sun bathing.

Looking For Alaska was the last John Green’s novel I needed to read. I was a bit nervous about it if I am honest as it is considered by so many to be so good but  thankfully I was not disappointed. I’m not sure why but I had it in my head that his book was about something totally different than it turned out to be. I think I was expecting it to be like Paper Towns but I’m pleased it wasn’t. Instead it tells the story of a clever high school boy who moves to a boarding school where his world is turned upside down. His new room mate nicknames him Pudge on the first day and introduces him to Alaska Young and from then on the excitement begins. He becomes part of a group of friends for the first time in his life and he can’t help but fall for the whirlwind that is Alaska. The problem of course with being part of something so great though is that the pain when it falls apart. A lot of people talk about this being a sad book and I agree that it was but for me that’s not what made it so good. Instead it was the friendships that Pudge got to build because, I think for the first time every, I felt a little hopefully that we do all have a people out there who are going to accept us for who we are. More powerful though was the fact that that place wasn’t with the people Pudge had expected but with people who were different from him and that made the friendship better because they all had something to unique to love about the others and help them through when they needed it.

Undone had to be the most depressing book in my summer collection and not just because it was exploring suicide. Like many books for young adults the story was about acceptance among your peers. It was the lack of acceptance about his sexuality that lead Kai to kill himself and Jem knows that it’s all she needs to get her foot in the door to discover who outed Kai and get her revenge. Then she plans on killing herself. It turns out to be not that difficult for Jem to get involved the popular crowed when she is given 12 letters that had been left to her by Kai, one for every month for the next year. In these he sets her wee challenges to help her move on that include changing her hair and how she dresses and it almost that simple to get her noticed but the popular crowd. Once they accept her as one of them she just has to play along with their expectations and make her moves when the time is right. The problem for me however was that she did start to like being accepted. She got a boyfriend within the group that had real feelings for her and she found it hard to admit herself but who she had real feelings for too. She was also really liked by one of the girls, who wanted her to be her best friend but Gem’s revenge got in the way. The people around her did care about her and wanted to help her move on and she could have if she her plans hadn’t got in the way and driven things to and ending that I didn’t think would actually happen.

The Kite Runer was also admittedly quite a depressing book. Amir loved his life in Afghanistan with his best friend, and servant’s son Hassan. His father was a wealthy man and he had everything he could wish for but his father approval. Amir liked to read and didn’t like up to his fathers reputation and a strong man known for fighting a bear so when he fails to stand up for Hassan when he is bullied he begins to fear the truth of being found out. His fierce desire to be loved by his father leads to Hassan and his father leaving and from then on life doesn’t get easier for Amir. When the communist regieme finally take over his father takes him to America in search of a better life. There Amir gets an education and even marries an Afghan women he loves but a letter from a close friend of his fathers takes him back to him old home many years later in search of redemption. Although this book is set in a difficult political time for Afghanistan it provides an perfect background for Amir’s story, which is one about redemption. For most of his life he is unable to forgive himself for running away when his most loyal friend needed him most however the situation in society at the time made the actions of all the people what they were. They also provide justification of strong actions later within the plot that would seem there just to drag the story out within other societies however for Amir’s story they allow him the closure he needs and in the end you are left feeling hopeful.

This week The Broke and The Bookish‘s topic is the Top Ten Books At The Top Of My Summer TBR List. I tend not to really plan so many books for a summer I like to read what I feel but there are a few I would like to get through over the summer and need to keep up with my Dystopian Challenge.

What Books Are At The Top Of Your Summer TBR List?