It is hard to talk about this book without spoiling the first one so I will try really hard not to but I apologise in advance to anyone who reads this who hasn’t read the first book yet and I give too much away.

Thumped brings us back to Melody and Harmony’s lives 8 months after the end of Bumped. Harmony is living back in her religious community and Melody is trying to deal with the mess that was left behind. However neither of them are happy with their situations. Harmony, who is about to give birth, makes the radical decision to leave the safety of her home once again in order to find happiness with the help of Melody, Jondoe and unexpectedly her husband Ram. She is still torn between what she know to be a good choice in Ram and her what her heart seems to want Jondoe but Jondoe is determined to prove himself to her anyway he can and it is him with her when she finally goes into labour. Melody on the other hand is struggling with her feelings for best friend Zen and the expectations of her bumping contract. These bits make for quite amusing reading and the balance of comedy and plot made the book very easy to get into and not want to put down. Both girls learn through the book that they still have things they want to experience in life and that they want to become their own person. I really enjoyed reading this book. It was full of easy emotions and it had me laughing, getting frustrated and desiring what I wanted to be the outcome. I didn’t get the outcome I wanted but I think it was the right one and I really enjoyed reading the book.

This weeks Top Ten Tuesday from The Broke and The Bookish is the Top Ten Books you’d like to see as a movie. This is a particularly interesting one as I don’t like when books get made into films, they are just never nearly as good. But I understand some concepts would make for an interesting film and it means a lot to authors so I do have a list.

I think this would make an interesting film as, like ‘Train Spotting’ is has the controversial issue of would it glamorize drugs. Personally I think it does the opposite and the story is one that would be interested to see.

2. Diary of a Young Girl by Anne Frank

This would also be really controversial as it is based on a real story but I think if done tasteful, like many on the TV adaptations it could be a very beautiful and powerful movie.

3. Between Shades of Grey by Ruta Sepetys

I think this would make a good film because it is about a different side of the second world war. I did really have any knowledge of the work of Stalin but this book opened my eyes a lot and I think a movie version would be really good.

When I read this book I have to admit I didn’t really understand it all. There was a lot of good things go on though and I think if I was watching it I would understand and enjoy it a lot more.

5. Before I Die by Jenny Downham

This was a very emotional book and I think it would make a really good girly film. It was about dealing with real issues but they had fun along the way that  I think would be amusing to watch.

The whole idea of this book, with the switched powers is really interesting. The story line is one that you are gripped to all the way through the book and I imagine would have viewers full of anticipation. I think if it was done well it could have the audition on an emotional ride and make people think about how they see the world.

This would make a good film because it is about travelling about trying to solve clues. The film would take the watchers lots of places and be full of surprises. I suppose it is a bit like P.S. I Love You,  but that did well so I think this could too.

8. You Against Me by Jenny Downham

9 & 10. Bumped and Thumped by Megan McCafferty

I think these would also possibly make a better TV series than a film but it would be interesting to see done either way. A world were only teenagers can get pregnant would maybe make a lot of people think that need to and there is a lot of comedy in the books too that would be great to see.

This weeks Top Ten Tuesday from The Broke and The Bookish is the Top Ten Books on your Spring to-be-read list. I wasn’t 100% sure how i was going to do this so I have decided on the books I am reading at the moment and then the new releases I am getting in the next couple of months. (plus on more to make then ten).

This dystopian series has been on my to read list for a while and I am finally getting round to it. I have managed to get through the first one a couple of times but never the rest so I am looking forward to finally finding out what happens to the characters.

6. The Saga of Larten Crepsley(4) Brothers to the Death by Darren Shan

The concluding book in this saga, I am looking forward to where his story ends. I have really enjoy reading about this character again after finishing the Darren Shan saga so long ago. 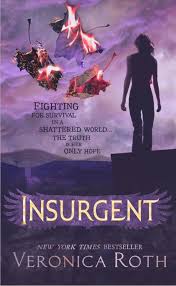 Another dystopian series I have currently got my teeth into. This is the sequel to Divergent, which I think is my favourite book of this genre. I can’t wait to see where the next book will take us, the story so far has been exciting and gripping filling me with desire for what I want to happen next.

8. Out of Sight, Out of Time by Ally Carter

An unexpected new book in the Gallagher Girls series. I have no idea what book 5 is going to be about but from past experience it will be full of fast paced action, suspicion and a little bit of typical  teenage girl goings on.

The ending of the first book ‘Bumped’ was not what I had expected, I never imagined it opening the way for further books. However it was a good twist and I am looking forward to finding out what happened next. 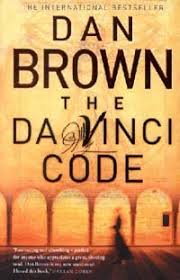 I have been trying to get through this book for about 6 years and I still haven’t finished it. I have re-started it many a time and I am currently about two thirds of the way through. This spring I intent on finally getting it finished once and for all.

This weeks Top Ten Tuesday from The Broke and The Bookish is the Top Ten Books of ‘x’ genre. I have decided to go for Dystopian. This may be a popular one but it is the books I have been reading most of recently and I do really really enjoy them. For a change I am also going to put these in order of my favourite first too.

1. Divergent by Veronica Roth I have already blogged about this book on my page, however in a brief summary, it is a society of 5 factions and one girls choice of which to belong to. I really enjoyed this book, I wasn’t really sure what to expect but it was interesting from the start and not like others I had read.

2,3. Matched and Crossed by Ally Condie This series is still in progress and I can’t wait for the third one. In these books, the heads of society control everything about it’s member lives however an experiment leads to the main character feeling uneasy about how they live and causes problems for everyone involved.

4,5,6. The Hunger Games, Catching Fire and Mockingjay by Suzanne Collins This is another unusual idea, where the members of society are split into 12 districts and two tributes a year a expected to fight one another to the death to remind them of the power of the capital. In these books however things don’t go to plan and it makes for an exciting trilogy.

7. Bumped by Megan McCafferty This is the most like our lives. However there is a virus that prevents adults (18+) from becoming pregnant. As a result people pay teenagers to have children for them. There are two main characters in this story, and when their lives come together everything begins to go pair shaped for them both.

8. Ugliest by Scott Westerfield This book started off my liking of this type of series of books. I have only read this one, out of the four but I am about to read them all. The story finds us in a world where children are kept together as ‘uglies’ until they are old enough to be made pretty and go out into the real world. It is something the main character has never been happy with and when a new girl come to her dorm her live turns around.

9. The Declaration by Gemma Malley This was another book of this genre I read early on. I liked the idea of it, however it is my least favourite of the genre. I haven’t read the second one yet but this one as many of the other see’s the main characters life turned abound when a new person arrives in her life. People are not allowed to have children in this society, as they have worked out how to live for a very long time, so children that are born are taken away to live in boarding school type places and learn to be useful,

I know this is only 9 but I am still reading books from this genre. I am about to read the rest of the Scott Westerfield books, I will probably read the next two books in The Declaration series ( The Resistance and The Legacy)  and I would also like to read Delirium and Pandemonium by Lauren Oliver. So I guess having this Top Ten unfinished is just a sign that there are still books to read and that may fit in this list.