There are many books that people consider to be one that you should read before you die. For me however there are 8  that I think are ones that if you get the chance you really should read. They were such good books to me for many different reasons but the one thing they have in common is that they have continued to remain in my memory as really good books. I am not going to put them in any particular order, because I can’t choose my favourite so they are just how they appear on my shelf.

My Sister’s Keeper by Jodi Picoult 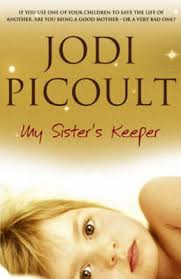 This book captures your heart and fills you with all the emotions of the characters. Its narrator changes with each chapter giving you an insight into how all the characters feel about the situations going on and allows you to immerse yourself in their story. The story is about how a young girl fights for the control of her own body while he sister is dying of cancer. She has to turn against her parents to do so an causes stress throughout the home that affects all the family. Her parents struggle to agree what to do, her brother goes off the rails and her sister continues to battle her illness. However as with all Jodie Picoult’s books there are a few twist in the end that had me crying in the kitchen as I sat finishing this book. It will open you heart to the strong bonds of love that should exist between family members and make you appreciate the maturity and strength young girls can have. 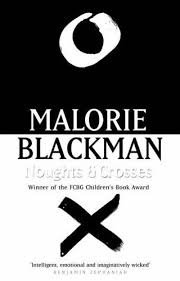 This was also an emotional book that again had me in tears by the end. It is the story of two friends that have grown up together and fall in love. However in their world Blacks have power and white’s are consider lower class. It is this struggle the teens have to deal with as they grow up and their friendship is effected by their different skin colour. While Callum is a clever and hard-working white boy, he has to deal with being discriminated against and this eventually leads him into the dangerous world of brothers. His brother is part of a terrorist group fighting for equality for blacks and whites. Sephy and Callum cannot live without each other however regardless of the danger and it leads to disastrous consequences.
This books opens you eyes up to the reality of the inequality many face in the world today still however does so in an interesting way by switching how the status has been in reality. It is a very moving books that addressing importing issues that are still relevant today.

Junk was a very controversial book when it was released as it is about drug taking. However the fears people had that it romanticized it I think are not necessary as it shows all the pains and struggles of the lifestyle of addicts. This books as with the previous two is also written from the point of view of several characters. It tells the story of a girl who is unhappy with her family life runs away with her boyfriend and end up being involved in drugs and crime. They do their best too survive making friends who the squat with and even go away with. However they also have to deal with the downs of the lifestyle they have chosen, having little money, no control of themselves and mixed emotions. In the end they realise the errors of their decisions but their lives are changed forever and they have so deal with the consequences of their actions.
I felt this book showed why people turn to this lifestyle but also the dangerous position it leads people to. It is not suitable for younger readers but it is one that should be read.

The Diary of a Young Girl by Anne Frank 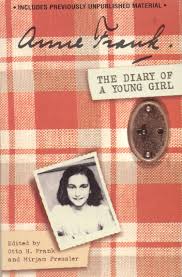 The Diary of Anne Frank needs no explanation. It is the thoughts and feelings the many young girls have to deal with in a situation that none of us will never be able to imagine. The book is easy to read and easy to relate too. You go through Anne’s life with her feeling her frustrations and joy, even just the simple life pleasures we take for granted. However we all know how the story ends and throughout the book, as we learn of Anne’s desires and dreams you begin to will for another ending. Whilst reading it I sometimes forgot that this was all true, as it is so hard for us to comprehend the horrors of the time but I only hope that if there is a place that those who are no longer with us can watch down on earth that she is proud of herself not only succeeding at her dream of becoming a writer but providing so many people with an account of a history we can only imagine. Everyone should read this book at some point in their life as it shows us that we should be thankful for all we have and that young girls are full of thoughts that many adults forget they are possible of. 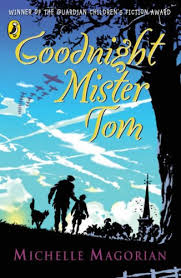 I have a particular interested in books about the second world war but I do think this is a good book to read, particularly for pre-teens. It tells the story of a boy evacuated from London during the war. During his time in the country he is free from a mother who beats him  and learns that he can learn and be good at things. He also brings new life to the man who takes care of him, Mister Tom, who is known in the village to be an unpleasant old man. This book shows several things I think. It illustrates the pressures war can put on a single mother and the consequences of that but more importantly it shows how two people can bring something to each others lives that change them both for the better, no matter their ages. I think this is a must read as it shows the power of compassion, how a whole villages loves for a boy can make him feel worth while again and how a little boy can open a grieving man’s heart again. 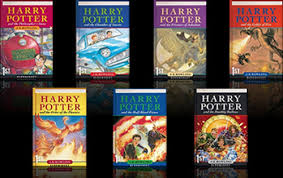 I think for our generation the Harry Potter series will always be remain in our hearts. It’s characters fill us with emotions of both love and hate and teach us about courage and friendship. They show that even in the most unlikely circumstances everyone has something special about them and no matter how strong evil is with friends and a true heart good will always win out. These books are so easy to read no matter if you are a pre-teen or an adult and they have something in them that will appeal to everyone. They are beautifully written and the characters so charming. They spark our imaginations and show us that there are no limits to love. It is important to have imagination in the world to make it a better place and bring happiness to the young and old and everyone in between and these books have done that for so many.

Unless you have read this book you will not be able to understand it’s controversial idea’s, but please give it a shot because it will change how you feel about love. It is about the story of a brother and sister, written from both their points of view, who act as head as their household while their mum neglects them. However they love they have for each other is stronger than that they should have. I don’t want to say too much about this book as people always feel it is too wrong to think about before they have even read it. However if they just read it they would realise that love cannot be bound and that this story will open their hearts and minds in a way they would not expect.
I could not put this book down once I started it. It had me gripped willing love to triumph and brought tears to my eyes as it finished. This book isn’t for younger readers but should be read by everyone.

Before I Die by Jenny Downham 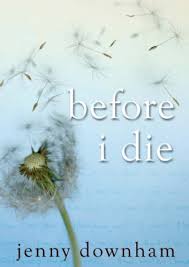 I should have picked a happier book to finish on however in its own way this is filled with it’s own version of happiness. This is the story of a teenage girl with only a few months to live and a list she makes on her bedroom wall of things she wants to before she dies. It is a story about dealing with what life has handed you but also realising what you want from it. It should be a sad book but Tessa has the sense of humour to deal with her situation and finds herself enjoying all the beautiful things such as love as well as a little bit of teenage rebellion. This book will make you realise the beauty in this world even though it is unfair and may even have you in tears as Tessa shares emotional moments with her family. I think this is a must read as even though we will all feel pains in life it will remind you of its wonders too.