This tag was created by Booktuber Ariel Bissett who’s video you can find here. It’s a fun way to get talking about those books that we just hate, everyone has them however please remember it is meant to be fun and no as an insult.

There are four scenarios and only one type of book can help solve them, so which ones do you hat enough to use to save yourself?

1) An Over-Hyped Book: Let’s start this off with a Zombie Apocalypse! Let’s say you’re in a book store, just browsing, when BAM! ZOMBIE ATTACK. An announcement comes over the PA System saying that the military has discovered that the zombies’ only weakness is over-hyped books. What book that everyone else says is amazing but you really hated do you start chucking at the zombies knowing that it will count as an over-hyped book and successfully wipe them out?!

This was quite a hard one for me. There are a few hyped books I don’t agree are worth the hype but not necessarily hated. However In the end I have gone for the Uglies Series by Scott Westerfeld. I had lots of hope for this book and I enjoyed maybe the first half of book one but it all went down hill from there. Tally was a really dislikable character and I didn’t enjoy the plot. The last book that was later added was alright but not enough to be saved from the zombies.

2) A Sequel: Let’s say you’ve just left the salon with a SMASHING new haircut and BOOM: Torrential downpour. What sequel are you willing to use as an umbrella to protect yourself?

This was quite easy for me, there was one sequel that disappointed me more than any and that was Requiem by Lauren Oliver. The first book in this series Delirium was ok and then I really liked Pandemonium so I was excited for the last book in the series. However the enjoyment didn’t continue. It wasn’t totally terrible but sometimes the disappointment increases the negative feelings.

3) A Classic: Let’s say you’re in a lecture and your English teacher is going on and on about how this classic changed the world, how it revolutionized literature and you get so sick of it that you chuck the classic right at his face because you know what? This classic is stupid and it’s worth detention just to show everyone how you feel! What Classic did you chuck?

This was a hard one for me. I haven’t really read a huge collection of classics, and the ones I did read at school I actually enjoyed. However I have made a decision and that is The Handmaids Tale by Margaret Atwood. I jut couldn’t get into the way it was written and although I did get through it and the idea behind the society was interesting the actual story didn’t grab me.

4) Your Least Favourite Book of Life!: Let’s say that you’re hanging out at the library when BAM global warming explodes and the world outside becomes a frozen wasteland. You’re trapped and your only chance for survival is to burn a book. What is the book you first run to, your least favourite book of all life, what book do you not fully regret lighting?

Easy!. The Lovely Bones by Alice Sebold. I despise this book more than anything else in life. It was depressing, even for me who enjoyed that kind of book,  the story did nothing for me. I don’t understand why people like it so much or cried at it, I felt nothing for the characters. The mum in particularly I couldn’t stand. I will admit this hatred may be increased by the fact I had to do a personal study on it in school but I just find nothing to like about it at all. I would have no problem what so ever burning every copy of this book ever published. 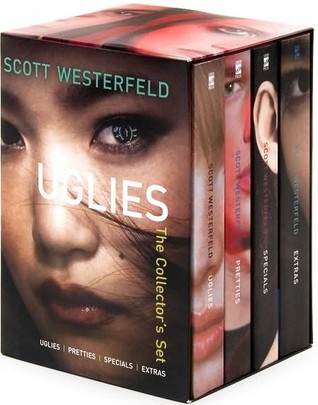 2 thoughts on “The Book Sacrifice Tag”